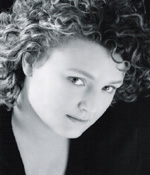 This blog is by Liz Stafford, Director of Music Education Solutions Ltd. It represents solely her views on this matter, and not the views of any of our clients or customers.

I had the privilege last Wednesday 5th March of being involved in a very small way with the ‘Music Matters: Music, Hubs and Schools’ conference organised by Sefton Music Education Partnership, at which Robin Hammerton HMI gave the keynote speech. This was the third time I have heard him present the ‘Music in Schools: What hubs must do’ Ofsted report findings, but the first time I have seen him address a room of predominantly school-based staff, including a good number of SLT.

The message of the presentation was clear, the majority of schools must improve their curriculum music offering, and Hammerton gave really useful clear messaging direct to SLT about ‘performance and enjoyment’ not being an adequate aim for a music curriculum, and the fact that music cannot be taught or assessed in the same way as other subjects.

It was heartening to see that the key messages of this report are now getting across after several confusing weeks following its first publication and presentation, where Hubs were made to feel directly responsible for the quality of music in schools, a responsibility which Hammerton on Wednesday made clear lies with the Head Teacher of each individual school. It reinforces once again the feeling in the sector that the report was unfortunately named and headlined by Ofsted, which made it seem like the focus was on hubs not schools. Indeed in our work we have come across several schools who had heard of the report but hadn’t read it because ‘that’s the one about hubs’ – unfortunate given that Ofsted have since confirmed that the report was aimed at schools!

As outlined in my blog in November, many of the comments Ofsted make in this report about the quality of music in schools are extremely valid, and now we know that Hubs are there to support schools to improve (along with ‘The Tent’ of national music associations and organisations) and not to be held to account for individual schools curricula, I am sure that the sector as a whole feels more confident about moving forward. As Hammerton stated on Wednesday, Hubs are the only ‘field experts’ able to support schools, and we should take advantage of the current set-up to address the systemic and historic problems with music education in our schools.

While I agree of course that Hubs have a vital part to play in developing music in schools, and it is our current schools and teachers who require urgent support, it is a little like shutting the stable door after the horse has bolted. Now in this situation of course we can catch the horse and put him back in the stable, but what happens when the horse moves on to a different stable, or is put out to pasture? Schools like any organisation have staff fluctuations, and we all know of schools who say ‘oh we used to have a music / french / art / poetry programme, but then Mrs So-and-so left’, etc etc until suddenly there was no-one left in the school who had received the original training to carry on the scheme. So isn’t it necessary to also address the problem of the lack of music content in primary teacher training courses? If we train all student teachers to a high level in music education, those skills will stay with them for their entire careers in every school they teach (albeit needing updating now and again) whereas if we only train in-service teachers, their skills are lost to the school when they move on and are replaced by NQT’s or staff from other schools which didn’t engage with music training.

I would like to see a truly joined-up approach to music education training, we are getting there with the Schools-Hubs-Tent approach, but now we need to look before that, to the content of BEd and PGCE courses, and also Music degrees, as many music graduates embark on teaching careers with no formal teacher training or education input at all, even in their own subject. Only then will we solve our schools’ music education problem once and for all.