Like a large proportion of the rest of the world, I am currently attempting to run a home school whilst still working full time! Luckily for me I only have one child, but I also have the added pressure of being a qualified primary teacher, so I’m suffering a bit at the minute from the feeling I should be ‘leaning in’ more than I currently am!

Perhaps naively, in the first week of homeschool when I constructed my timetable, I decided that I didn’t need to put music on it, because my daughter plays two instruments and could just practice those. Silly, silly, me! The drumkit is gathering a thick layer of dust, and I think the tenor horn may actually be growing mould?!

When we returned after Easter I was determined that we would do some music. After all, it is literally my job! I decided that since I had the luxury of organising our own timetable, I would do one lesson a day, using what would ordinarily be a half term unit for weekly delivery. At this point the cherry trees around and about our area were all in bloom, so I selected a unit called Hanami (which is the practice of looking at cherry blossoms) which I originally wrote for Kapow Primary. 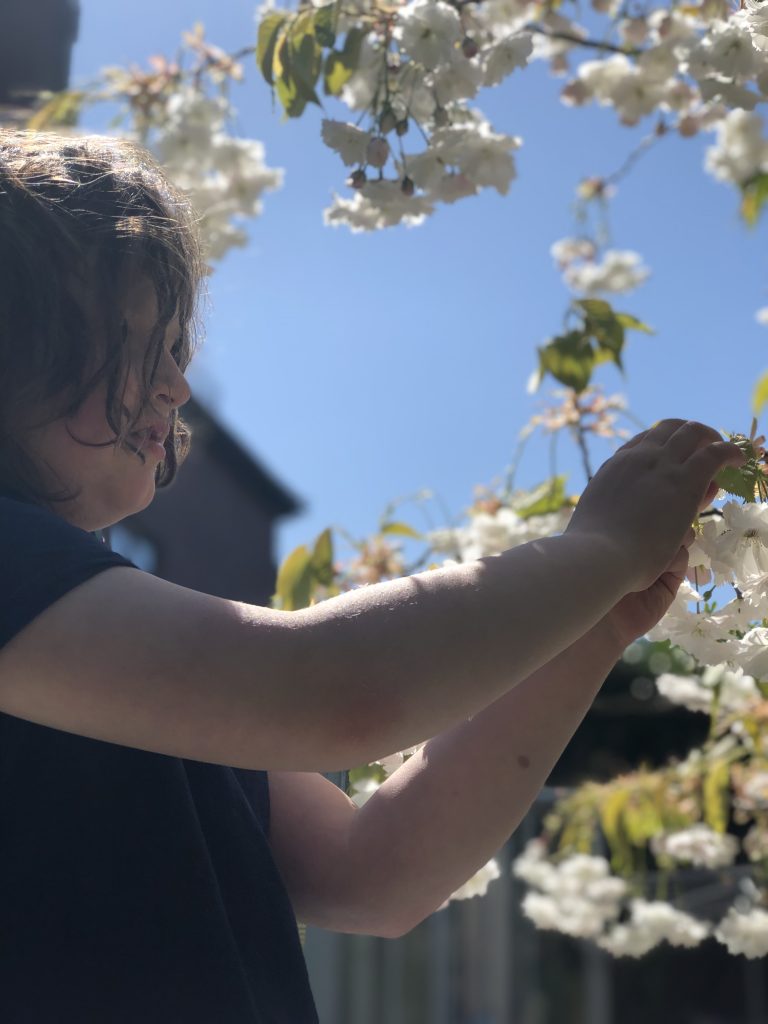 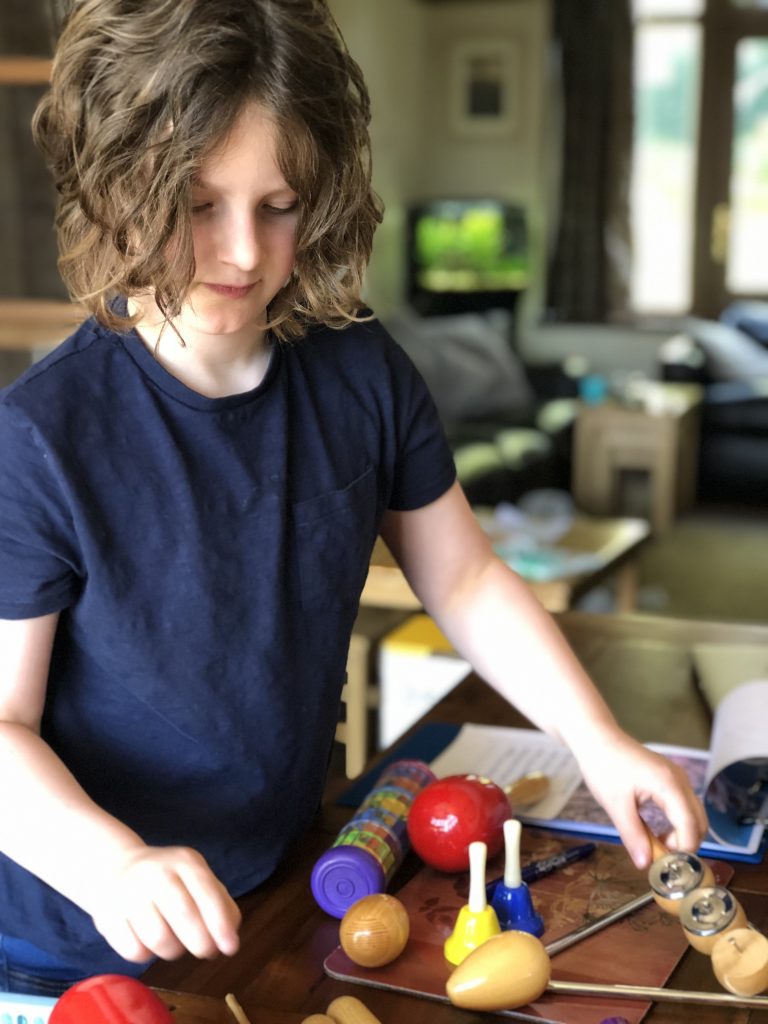 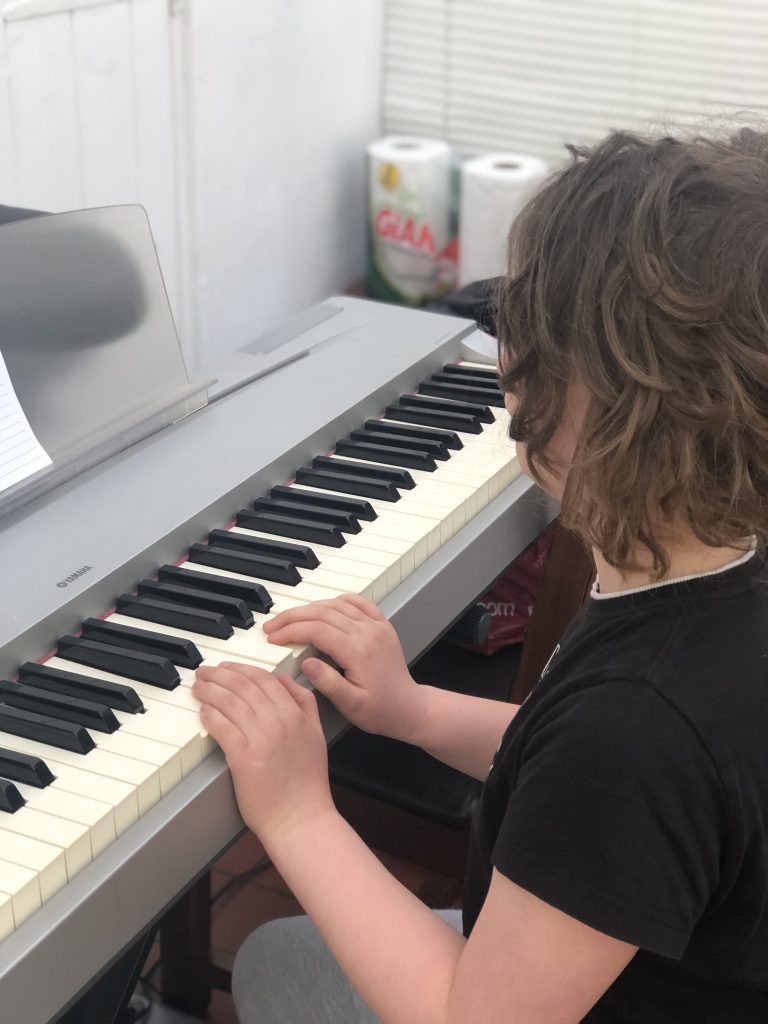 We began by going outside to look at a blossom tree. We discussed what we could see, hear, feel, and smell, and made a list of describing words to capture this. Once back at home, we took each of our describing words and spoke them onomatopoeically, exploring vocal timbre.

The following day, we explored my instrument collection and matched instrumental sounds to some of our describing words, again exploring timbre but this time with instruments.

The next lesson involved using our descriptive words to create a Haiku, which we would set to music in the final lesson. We cheated and wrote two haiku verses to give us a longer piece of music!

On the penultimate day we made a melody for our haiku. Originally I had intended to do this on a glockenspiel, but my daughter asked if we could use the piano instead. I was amazed at how quickly she was able to create and memorise a tune on the piano despite never having any experience on this instrument! We wrote the tune down using letter notation (she does read music, but given that she was working on an unfamiliar instrument we simplified the notation aspect).

On our final lesson, we rehearsed singing and playing our haiku melody, adding some of the atmospheric sounds that we had created in lesson 2. I was interested that my daughter wanted to play the ‘proper’ instrument rather than all the classroom percussion which I thought she would be drawn to. It just goes to show that music can be a serious business!

You can watch the video of our final performance here. Please excuse the state of my conservatory, the fact that the piano is propped up with a loo-roll stockpile, and the unwittingly Trumpian ending…! 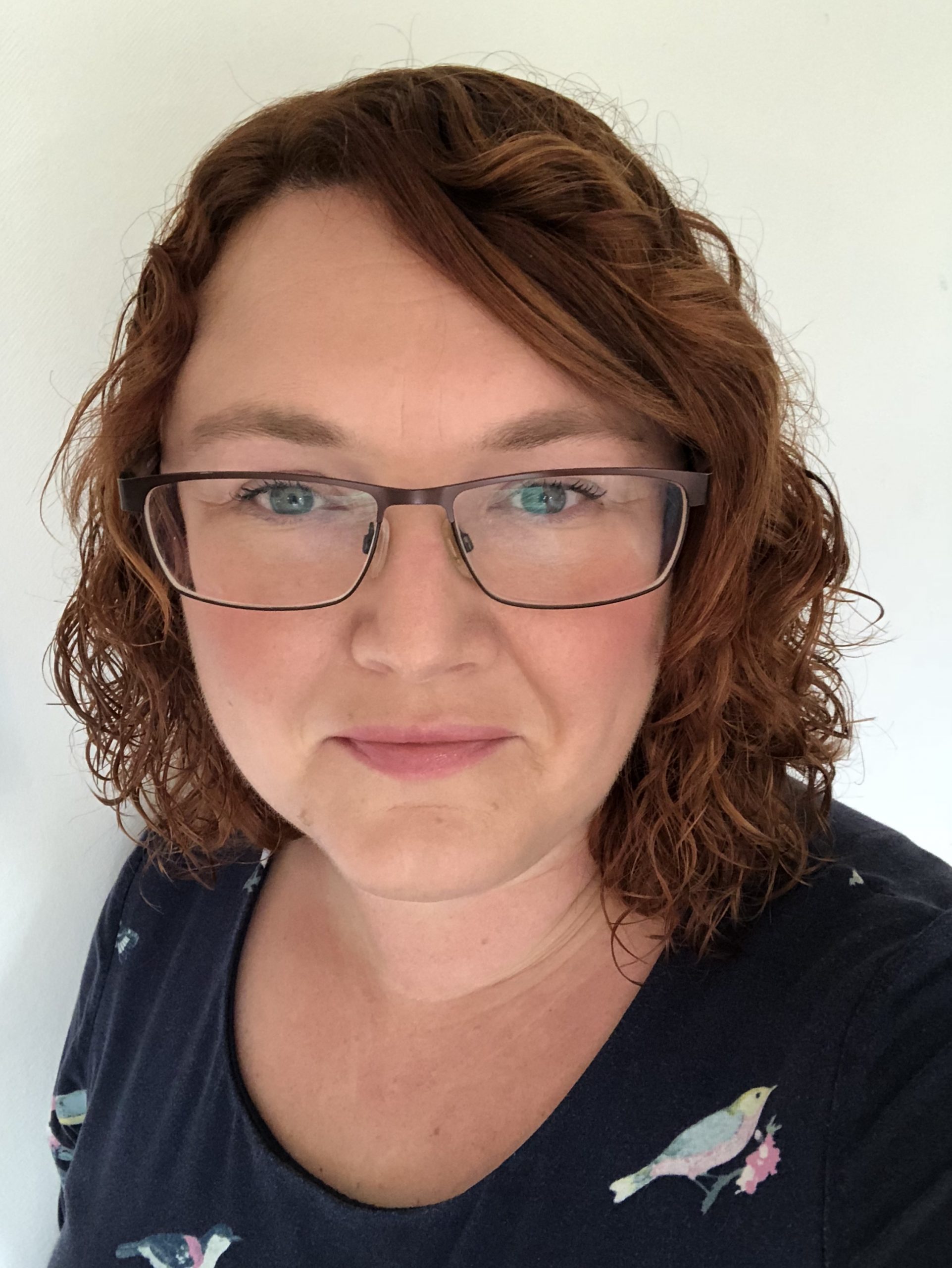